Last week I got the sack! At my time of life too.  For the last five years I have been running a blog for a well known hotel in Woodhall Spa, England, now suddenly a victim of the Covid-19 crisis. So I have got my cards and the blog has been taken offline. Of the 381 posts published, one or two stories I think are worth re-publishing and updating here. Here’s an one such, originally posted in October 2014, slightly edited and updated today:

If you head out East from Lincoln toward the Lincolnshire coast and you get fed up with the main road, you might take the old road through Spilsby. And if you decide to take a break there, you may, as I did sometime after we settled in mid-Lincolnshire in 2001, come across the memorial in the main square commemorating the life and death of Spilsby born and Louth educated Sir John Franklin. On May 19 1845, Franklin’s exploration ships HMS Erebus and HMS Terror sailed out from the River Thames, with 128 officers and men, in an attempt to find the fabled Northwest Passage.

Interesting enough in itself perhaps, but suddenly in the international news in 2014, when Stephen Harper, Prime Minister of Canada, announced that one of the two ships used for Sir John Franklin’s fatal attempt to find the Northwest Passage had been discovered, over 160 years since it was abandoned in the frozen wastes of the Canadian Arctic.

END_OF_DOCUMENT_TOKEN_TO_BE_REPLACED 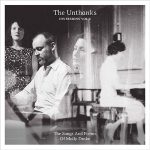 Another year almost gone! I’m sorry I have not posted many stories this year, but you know how it is. Nobody told me that time speeds up the older you get. Dirty trick if you ask me. Anyway, whether you are a regular reader or you have just stumbled on this blog, please accept my best wishes for 2020, and many thanks to those who have contributed comments and “likes”.

My prezzy is a recent memory – one of my personal 2019 highlights, an evening with the Unthanks. (Who? Read on….) I hope you like it. It might cheer you up in these nightmare days of Trump, Boris, Brexit and other insane causes for depression. Escapism? You bet.

END_OF_DOCUMENT_TOKEN_TO_BE_REPLACED

I recently came across a fascinating blog post by Dr. Caitlin Green, featuring a collection of early maps of Lincolnshire. Caitlin describes herself as a historian and writer whose professional interests lie in the history, archaeology, place-names and literature of late Roman and early medieval Britain.

She explains: “This post is primarily intended to share images of some of the interesting early maps of Lincolnshire that still exist, dating from the medieval era through until the early seventeenth century. Details of each map and a brief discussion of the principal points of interest—including the curious region-name ‘Ageland’ that appears in eastern Lincolnshire on many of them—are provided in the captions to the following image gallery, which I aim to add to over time.”

On a fine day in December last year, Kirkby on Bain Parish Councillors were invited by Alan Stephenson, Quarry Operations Manager at the Woodhall Spa Quarry, to attend an open afternoon following the recent discovery by local archaeologists of a Roman settlement. It was a fascinating event, led by Lydia Hendry, Community Archaeologist, Heritage Lincolnshire, and her team. She took us round the site in small groups and explained what they had found so far, demystifying numerous trenches, artifacts and data.

I understand that there will be another opportunity to discover more secrets of this ancient settlement, later this year. Lydia has very kindly written an account of the December event for us:

Not long after we moved into Kirkby on Bain in 2001, somebody said to me something along the lines of “Of course you must know about our famous murderer, Ethel Major”. Of course I had never heard of her, so I did some very superficial research and found that this Kirkby on Bain lady was convicted of killing her husband (a nasty piece of work, allegedly,) in 1934 and hanged in Hull gaol.

A little later Betty Dixon, who was born that year and until recently was one of Kirkby’s oldest residents, kindly lent me a bundle of newspaper cuttings and a book about this case. Like a lot of accounts of past murders, quite a bit of this material was written in sensationalist styles, with little by way of references or source attributions. I also noticed that some accounts were word-for-word copies, apparently lifted from one original newspaper write-up. 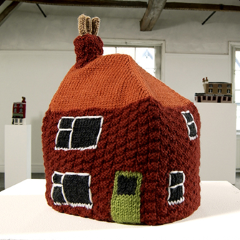 During subsequent searches, I stumbled across a real surprise – macabre testimony to the everlasting obsession with murder, a knitted representation of Ethel’s house, made by Jean Arkell, originally installed at the Minories Art Gallery, Colchester. Believe it or not there really is a website featuring knitted representations of houses lived in by female murderers. Midsomer Murders scriptwriters, please take note.
END_OF_DOCUMENT_TOKEN_TO_BE_REPLACED

Merry Christmas and a Happy New Year to you all, dear readers and followers.

Thanks for all your comments – keep them coming. More musings in the pipeline for 2019!

In 1954 I passed the eleven plus exam, a bundle of tests which, according to Tory MP David Davis “rescued a generation of underprivileged children”. Even at this tender age we all in our last year at Fryent Junior understood the what was going on, and many feared the consequences of failure. I can’t remember much about the tests themselves, and I was surprised that I passed, as I suspect did my parents.

I know my Mum and Dad were pleased, especially as I had missed best part of a year’s schooling when I nearly lost my eyesight when I was eight. I learned later that for Dad, Grammar School entrance was a pretty big deal as he had always resented having been denied the opportunity himself in favour of one of his three brothers.

I remember the impact of my attainment on my Dad’s meagre wage packet, which immediately arose from the need to kit me out with an expensive uniform, only obtainable from a posh tailors shop in Golders Green which enjoyed a monopoly supplier arrangement with Kingsbury County Grammar, the school in London NW9 which the local education authority had selected for me.             END_OF_DOCUMENT_TOKEN_TO_BE_REPLACED

1965 was not a good year for me. As a student reading French I was required, not unreasonably, to spend a year teaching in France. This ought to have been a pleasure, but by and large it turned out not to be. However there was one unexpected consolation prize, thanks to General de Gaulle, then president of the republic.

For some unknown reason, that year he decided to pay an extra month’s wages to all those like me who had been engaged in the mostly futile task of teaching English to French schoolchildren. This inexplicable but welcome gesture enabled me to buy my first car – an Isetta bubble car.

I first met Jane Chapman when she joined the School of Journalism at the University of Lincoln as a Principal Lecturer, in 2005. Our paths subsequently crossed only occasionally before I moved into another school, but I do recall some brief but always interesting conversations.

It was only much later, in September 2013, that I came upon references to Jane’s groundbreaking research into World War 1 comics.

At the time I was running the University’s Public Engagement Blog, which chronicled public engagement activities there over a period of two or so years, until it was apparently axed last year, without explanation. END_OF_DOCUMENT_TOKEN_TO_BE_REPLACED

Lincolnshire has more working windmills than any other county in the UK, according to the Lincolnshire Mills Group.

Mary Cook writes: Around 800 windmills were grinding flour for Lincolnshire’s inhabitants up to a century ago. But winds of change have blown across the county, leaving some mills in ruins while giving others a new lease of life. Local government organizations, charitable trusts and private enterprise have been working to convert them into tourist attractions.

This windmill is close to Boston town centre – just off the A16/A52 Grimsby/Skegness road and there is a free car park for mill visitors. On foot the windmill is a 10 minute stroll from the market square and the historic Boston Stump church. It’s hard to miss! END_OF_DOCUMENT_TOKEN_TO_BE_REPLACED